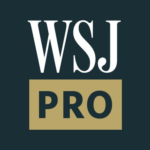 A new breed of diagnostic companies is rolling out technologies to tackle a growing and deadly health-care problem: antibiotic-resistant bugs.

Startups aim to more rapidly identify bacteria that cause infections and the antibiotics they are susceptible to, so patients can quickly receive drugs to kill the specific microbes driving their illness. That could reduce reliance on broader-acting antibiotics and slow the spread of drug resistance.

Venture firms are financing startups such as SeLux Diagnostics Inc., Karius Inc. and Day Zero Diagnostics Inc. that seek to help doctors determine the best way to treat infections sooner, which could lead to faster cures and fewer deaths.

With more startups and public companies introducing new diagnostics, competition in the field is ramping up quickly. Large and small companies alike also face the challenge of changing the practice of medicine and persuading hospitals with tight budgets to invest in new technology.

But given the magnitude of the threat posed by drug-resistant bugs, which the CDC says cause 2.8 million infections a year, some entrepreneurs are betting hospitals and doctors will seek out new diagnostics that help them treat infections more effectively.

“We want to inform that antibiotic selection when the patient is in the critical phase of their disease, and give the physician more tools to make the decision,” SeLux Chief Executive Steve Lufkin said.

Testing for bacterial infections now involves growing the microbes so their species can be determined, which takes about a day, and further testing over the next few days to identify antibiotics to which they are susceptible. While waiting for test results, doctors treating sepsis give broad-acting antibiotics in hopes of killing whatever bacteria may be causing the illness, experts say.

New diagnostics companies, meanwhile, aim to help clinicians craft a much more narrowly targeted plan to attack the specific microbes causing an infection. They do this by condensing the dayslong testing process so that broad-acting antibiotics aren’t needed. Limiting the use of these broad-acting antibiotics reduces pathogens’ resistance to drugs—the underlying problem that physicians and the CDC are seeking to curtail.

Companies are harnessing advances in fields such as artificial intelligence, DNA sequencing and instrumentation to reimagine the process of identifying disease-causing bugs and the drugs that control them.

Just as several companies have succeeded in areas such as influenza and chlamydia testing, there could be multiple winners in the market for rapid diagnostics for bacterial infections, said Mark Massaro, chief financial officer of cancer-focused molecular-diagnostics company ArcherDX Inc. and a former senior analyst with Canaccord Genuity.

“You’re looking at one of the most significant problems in health care,” Mr. Massaro said.

Boston-based SeLux expects next year to initiate clinical trials that could lead to the Food and Drug Administration’s clearance of technology that could point doctors to the most appropriate antibiotic within 24 hours, said Mr. Lufkin.

SeLux’s platform enables all commercially used antibiotics to be tested at the same time for their ability to kill bacteria after they have been cultured, according to Mr. Lufkin. The goal is to enable patients to be quickly treated with the least-toxic drug that would be effective for their infection. SeLux, whose investors include Sands Capital Ventures and Northpond Ventures, plans to sell instruments that perform these tests to hospitals, Mr. Lufkin said.

Taking a different approach is Redwood City, Calif.-based Karius, which identifies microbes directly from blood without the need to culture or grow them first. By sequencing the cell-free DNA of bacteria, viruses and fungi, the company can pinpoint more than 1,400 microbes from a single blood draw, CEO Mickey Kertesz said.

Instead of selling instruments, Karius performs tests on blood samples shipped to its California labs. It says it can deliver test results within 24 hours. Karius, which launched its test in late 2016, serves more than 100 hospitals, Dr. Kertesz said.

One way hospitals have used its service is for difficult cases in which patients have gone undiagnosed for days, he said. They also are applying it to patients with compromised immune systems who can develop infections from a variety of microbes that healthier people would fight off easily, he said.

Karius also is adding the ability to test for antibiotic resistance, according to Dr. Kertesz.

Competitors include T2 Biosystems Inc., which went public in 2014 after raising venture capital. T2 last year received FDA clearance for a bacterial test that runs on a T2 instrument. The test identifies bacterial species directly from blood without the need for culturing, according to the company. Unlike Karius’s lab service, this test doesn’t detect fungal or viral pathogens. But because it runs on a T2 instrument that hospitals have in their labs, they get results in hours, which is vital when treating seriously ill sepsis patients, according to Dr. Tom Lowery, chief scientific officer for the Lexington, Mass.-based company. T2 also has a separate testing panel that detects Candida fungal pathogens and runs on the same instrument.

Meanwhile, Boston-based Day Zero is combining whole-genome sequencing, big data and machine learning to develop a diagnostic that makes it possible to identify the species of a pathogen and its drug-resistance profile within hours instead of days.

Day Zero in June commercially launched a service for hospitals that uses whole-genome sequencing to help customers investigate outbreaks of infections that are spreading among their patients.

In November, Day Zero said a study published in the New England Journal of Medicine found that its genome-sequencing service helped Massachusetts General Hospital researchers discover the cause of a patient death that resulted from a fecal transplant. But the company’s longer-term goal is to develop an instrument that would be sold to hospitals, CEO Jong Lee said.